Should we capitalize “Firm”? 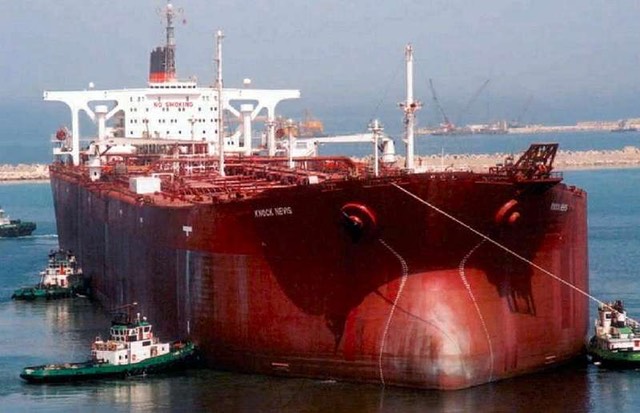 Someone smart once said you have to pick your battles. That’s particularly true at Baker McKenzie, where trying to effect change can feel like attempting to shift the direction of the Seawise Giant – the largest oil tanker ever built. Twice as long as the Titanic, she had a rudder that alone weighed 230 tons.

Yet I can’t help but try. As part of our rebranding efforts, I’ve been asked to update our Firm’s Stylebook (yes, we have one). That means revisiting weighty issues such as whether to use courtesy titles like “Mr.” and “Ms.” in lawyer bios and whether to spell out “percent” for percentages or use the symbol instead.

It also means evaluating whether we should continue to capitalize “Firm” when referring to Baker McKenzie. When I joined the Firm seven years ago, I thought this was one of the oddest style rules I had ever heard. “Firm” is not a proper noun. Why would you capitalize it?

The answer I got was that it refers to a proper noun. So if you say, “I joined the Firm seven years ago,” you should capitalize “Firm” because it’s standing in for Baker McKenzie, which is a proper noun.

As a general rule, words that are part of a company name are capitalized but not when used by themselves, even when you’re referring to a particular company.

For example, you would capitalize “bank” when talking about Standard Chartered Bank but not when writing, “The bank has been very profitable in recent years.”

The quirky thing about the English language is that we do capitalize the pronoun “I,” which deviates from the rule. When I noticed this exception, I did some research to find out why. The answer? No one really knows.

The best guess of linguists is that “i” looked sad and lonely all by itself because it’s one of the only words in the English language besides “a” that is just one letter. So writers started to capitalize it to make it stand out. As far as historians can tell, “I” has been capitalized in the English language since Chaucer wrote The Canterbury Tales in the late 1300s.

So there you go. Your history lesson for the day.

Aside from the exception of capitalizing the almighty “I,” however, the English language is pretty consistent about when to capitalize (proper nouns, yes) and when not to capitalize (common nouns and pronouns, no). Which is why I was confused the first time I saw “Firm” capitalized throughout our internal communications and client materials.

The other rationale I got for why we do this is to distinguish our firm from other firms and make it clear we are referring to Baker McKenzie.

I think the real reason we capitalize “Firm” is because it’s a common practice in legal documents such as contracts and engagement letters. We are, after all, a law firm. In her blog post, “Please Stop Capitalizing ‘Firm,’” business strategist Michelle Golden explains:

I think the reason accountants and lawyers excessively capitalize has to do with legal documents. You know, “This contract is between Smith, Evans and Jones (hereafter referred to as “the Firm”) and ABC Company, Inc. (hereafter known as “Company”). So firms got used to capitalizing both words, “Firm” and “Company” throughout documents and started applying that to every type of document including brochures, websites and proposals.

Golden goes on to plead with accountants and lawyers to stop this practice because it’s grammatically incorrect. But that’s not the only reason we should stop.

So by capitalizing “Firm” we are not just deviating from the grammar rule, we are saying, “We’re not just any firm, we’re the Firm.” That conveys a message of self-importance, which can be off-putting to our readers.

And maybe we’re fine with that. Maybe we feel it’s important to talk about ourselves with some additional pride. It’s not my preference. But then, I’m only one passenger among many on this oil tanker.

I raised the Firm-capitalization issue with the committee I put together to review our stylebook, which I named the Supercool Stylebook Committee, otherwise known as SSC (every committee needs an acronym, right?)

One of the SSC members warned me not to go there because we’d never get everyone in the Firm to agree to stop capitalizing “Firm.” He’s probably right. I don’t want to die on that hill either (as we Americans say about battles not worth fighting). There are larger issues to expend my energy on, better reasons for trying to shift the direction of the Seaside Giant.

Nevertheless, in the name of democracy, I put the question to you, my dear readers. As a member of the Firm, do you think we should we keep capitalizing “Firm”? And if so, why?