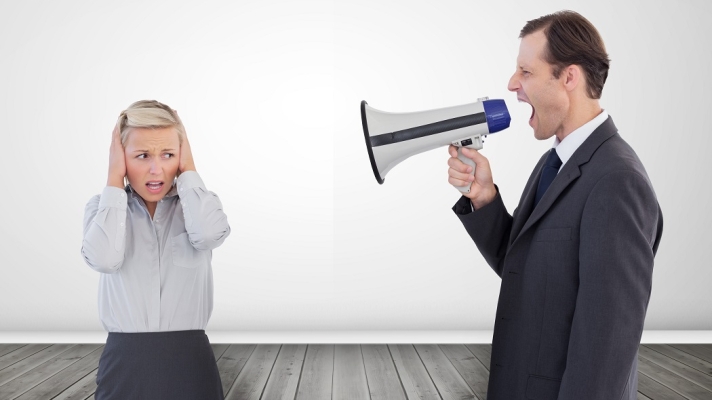 There’s nothing quite like getting yelled at in front of other people that makes me want never, ever to make that mistake again. Public humiliation has a way of searing constructive criticism into my head, particularly when that feedback begins with “Cunningham!” and is shouted across a crowded room.

“Sorry!” I replied, my face turning crimson as my colleagues craned their heads to see who was in trouble this time.

It was my second week at my first reporting job at a newspaper in New Jersey and the learning curve was steep. I not only had to figure out how to get the local police to talk to a California girl like me at murder scenes, but also how to keep my editors happy, or at least quiet, while they were editing my stories.

I hadn’t received such loud personal instruction since my high school days on the soccer field. “Cunningham! Stop goofing around and get over here or you’ll be doing laps!” my coach would yell during practice. “Cunningham, push up, push up! She’s wide open! Move!” he’d shout at games.

During my third week at the New Jersey paper, the metro editor broadcasted yet another writing tip across the newsroom: “Cunningham! Don’t put the attribution at the beginning of the sentence! Put it at the end!”

Although it was no fun getting yelled at, I’ll admit it was effective. You better believe I learned those rules, which I’ll now impart to you, albeit in a kinder, softer way (you’re welcome).

Tip 1: Use one space, not two, between sentences in everything you write.

I see this mistake all over the firm: in emails, internal newsletters, proposals, client alerts, memos, Executive Committee papers . . . everywhere. So here’s the thing. Using two spaces between sentences is wrong. Wrong? Yes, wrong. Even in formal writing? Yes, even in formal writing. In any kind of writing.

Double-spacing between sentences is an outdated practice that our school teachers instilled in us during our formative years, despite the fact that style manuals established decades ago that one space between sentences is the rule. Open any book, newspaper, magazine, academic journal, industry report, or handbook and you will find that one space is the professional standard.

Why do so many people still use two?

Blame the typewriter, says New York Times technology columnist Farhad Manjoo in this article explaining the history behind the misconception among even the most educated that they should double-space between sentences:

In the middle of the last century, a now-outmoded technology—the manual typewriter—invaded the American workplace. To accommodate that machine’s shortcomings, everyone began to type wrong. And even though we no longer use typewriters, we still type like we do. The problem with typewriters was that they used monospaced type—that is, every character occupied an equal amount of space. This bucked a long tradition of proportional typesetting, in which skinny characters (like I or 1) were given less space than fat ones (like W or M). Monospaced type gives you text that looks loose and uneven; there’s a lot of white space between characters and words, so it’s more difficult to spot the spaces between sentences immediately. Hence the adoption of the two-space rule—on a typewriter, an extra space after a sentence makes text easier to read.

But monospaced fonts went out of style in the 1970s with the advent of the electric typewriter, then computers, which both use proportional fonts. This means anyone who still uses two spaces between sentences is overcompensating for a technological shortcoming that no longer exists.

Even worse, they are making their paragraphs more difficult to read.

“One space is simpler, cleaner, and more visually pleasing,” Manjoo says. “A page of text with two spaces between every sentence looks riddled with holes; a page of text with an ordinary space looks just as it should.”

Tip 2: Put the attribution for a fact or research finding you are citing at the end of the sentence instead of the beginning.

This is a finer point of writing that I probably never would have picked up if it hadn’t been shouted at me across a crowded room. Once I walked over to the metro editor’s desk and he explained why putting the fact first and attribution second is better, it made a lot of sense. I adopted this style rule and haven’t looked back since. Here’s the difference:

Attribution first: According to the IMS Institute for Healthcare Informatics, pharmaceutical sales in China are projected to increase 17% from 2012 to 2017.

Attribution last: Pharmaceutical sales in China are projected to increase 17% from 2012 to 2017, according to the IMS Institute for Healthcare Informatics.

Can you see the difference? Why the second sentence is stronger? The most important part of the sentence is the statistic about China’s projected rise in drug sales. That’s the point you want your readers to get. So put it first, not after a long citation that’s more likely to lose their attention.

Is the first sentence incorrect? No.

You will see attributions at the beginning of sentences everywhere, even in publications much more prestigious than the NJ newspaper where I got my start. I was just lucky enough to have an editor who had picked up this tip and passed it on.

Before: According to George Walker at the Tufts Center for the Study of Drug Development in Boston, developing a new drug costs an average of $2 billion.

After: Developing a new drug costs an average of $2 billion, according to George Walker at the Tufts Center for the Study of Drug Development in Boston.

See how putting the attribution at the end makes the statistic stand out more? You don’t have to struggle through the expert’s name, name of the center, or where the center is located before getting to the point of the sentence.

Improving your writing is about making life easier for your readers. Making adjustments like using only one space and stating your facts first may seem inconsequential. But make enough of these small changes and they will have a big impact on the quality of your writing. Try it, see what happens. I don’t want to have to yell.